…And What Any Online Business Can Learn From It

We’ve all had bad customer service experiences…but this one which involves Telstra, Australia’s largest telecommunications company (for non-Aussie readers) is probably the worst in my 60 years on this Earth. Many Aussie readers are probably thinking “Yeah…Telstra…say no more”. But apart from giving me the opportunity to vent I think there are valuable lessons to be learned for any online business, big or small.

Here’s how it went down…

Here in Australia we have this wonderful new thing called the nbn (national broadband network), a government-owned service which apparently we’ll all need to switch over to, sooner or later. Being an existing Telstra broadband customer I thought it best to stick with them and switch to an nbn plan. Now…the nbn itself is great. Much faster than the ADSL service we were used to. Where it all fell down was in Telstra’s delivery.

It started with a call to a sales person. She suggested that in view of my usage history I switch from 1,000 GB plan to a 500 GB plan with 400 GB bonus data added. So…almost the same amount of data…less monthly cost. Sounds great right?. Sign me up!

So the order was placed and I was told a new modem would arrive in due course…which it did…and I would receive a text message when the technician was ready to make the switch. Never got the message, so when our Internet went down I figured the switch had been made so set up the new modem and everything worked OK…despite being told that there was a problem and it would be a few days before it would work. Never the less…the switch had been made and all was good.

Then I logged into our account manager (Telstra call this 24×7) and noticed that yes we were on the 500 GB plan but there was no mention of this “bonus data”. So I made a call to support and was told 400 GB could not be added so they would add 500 GB. Fine with me.

Except…the amount of bonus data that was actually added was…zero. Many support requests ensued. On each occasion I was assured that the data would be added…

Um…where is my bonus data?

This sounded great…except the bonus data did not actually show in my account. I thought “Well I’ve been assured it has been added. Maybe it just doesn’t show. When I reach 500 GB surely it will kick in then.” Silly me. Sure enough, when we reached 500 GB the speed was slowed. Now when they say “slowed” they mean so slow that everything is pretty much unusable…email, paid Internet services, online banking, online shopping (in the pre-Christmas shopping period) etc.

So…the bonus data was added. Had to be. There it was…in writing. Great…except the speed did not actually return. In frustration I tried logging in to my account and requesting a “top up” myself. Of course if the bonus data…which I was now starting to think of as “bogus data”…had actually been added this wouldn’t be necessary, but we needed the speed returned NOW.

30 minutes. OK…I’ll wait. Except…24 hrs later the speed still had not returned. Yet another phone call ensued. After speaking with the accounts people I was transferred to a technician. I spent an hour of my Sunday explaining the whole story to him while he ran various tests, only to be told…

“You have no data. I’ll transfer you to accounts“.

If he had of been sitting in front of me his life would have been in peril. Couldn’t deal with it anymore so I hung up and poured a Scotch.

Next day…another phone call. This time I was told the “bonus data” could not be added because the offer had expired.

You have got to be kidding me.

Meanwhile, I received a response to my official complaint…many days after it was made. I was told that yes, the bonus data could no longer be added so they would put me back on the 1,000 GB plan and credit the extra cost back to my mobile accounts. At least it was a solution…so I said OK…do it now…PLEASE!

Now at the tearing-my-hair-out stage, I tried the online support yet again. Difficult…when your speed is so slow the window looks like this for about the first 5 minutes…

Finally, I connected with Joseph. Poor Joseph didn’t know what hit him…

To his credit, Joseph remained calm and immediately got his supervisor involved. He did some digging and discovered that all of the previous requests that were lodged resulted in “errors”. Why nobody had tried to fix these errors before…after 11 previous support requests…was beyond me.

So apparently I had to “rebundle” the plan…whatever that meant. I was beyond caring. I just needed it FIXED. I waited while Joseph continued to work behind the scenes…

48 hours? Another 2 days of unbearably slow Internet? But by this stage all the fight had left me. So be it.

And so…2 days later…the speed was finally returned.

All in all, it was a pretty dismal customer service experience. Essentially I was promised something which was never delivered. We had slowed Internet for well over a week, which made it pretty much unusable. I could not pay bills online. The family could not do their Christmas shopping online. Email was so slow it timed out trying to load. No Netflix (the family loved that). Facebook was blank.

And it took no fewer than 12 support requests to get it resolved. Yeah I know…first world problems…but enormously frustrating, particularly if you’re trying to run your own online business.

What can be learned from this?

I didn’t really have a problem with the support staff I connected with. They were only doing what they were trained to do. I felt there was a genuine desire to resolve the issue, although they are motivated in part to receive a good review from you. That good review seemed more important than actually fixing the problem. To me there are 3 fundamental issues for any online business here…

So…dear Telstra…when our nbn contract rolls around we will most certainly be considering your competitors. You have a problem.

This site uses Akismet to reduce spam. Learn how your comment data is processed. 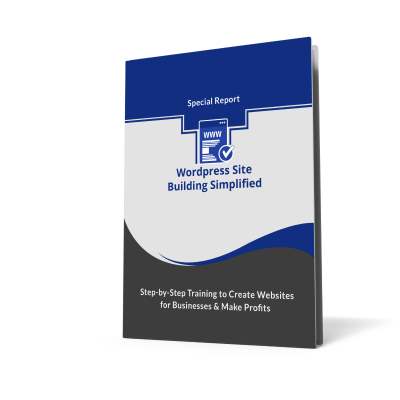 Scroll Up
We use cookies for your best experience.I AcceptI RefuseRead more
Revoke Consent